Excerpt from SECRETS — Toni gets a letter in the mail

Imagine getting an anonymous letter in the mail, detailing one of your most painful secrets. That’s 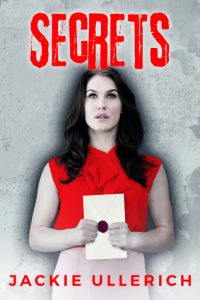 what happens to four women in my novel, Secrets.

“Toni studied the envelope, noting it’s weight, the extra postage. With a sense of dread, she looked inside, then drew out what appeared to be a several-page compendium of illustrations. As she looked further, it became apparent each picture depicted a scene from childhood. Presented in chronological sequence, they began with infancy and progressed to about the age of twelve.

In the first illustration, a sleeping baby nestled in its mother’s arms; the second, a toddler gripping a spoon, her mouth smeared with jam, was shown seated in a high chair. The rest of the cutouts pictured a boy, a girl, or a group of children at play or engaged in school or family activities.

At the bottom of the page was typed: ‘Boy or girl? You’ll never know will you? See what you’ve missed?'”

Read Secrets for FREE with Kindle Unlimited or for only $12.95 for the paperback or $5.99 for the ebook.